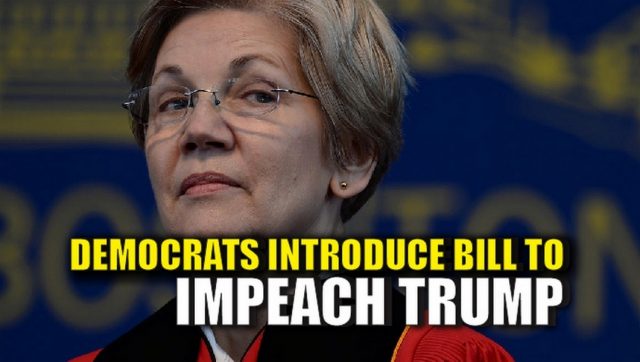 Sherman stated the President had not acted with the best interest of his office, nor the American people, and accused the President of obstruction of justice during the investigation into the Russian interference of the 2016 election. He further stated that the termination of Director Comey (recommended by the DOJ) provided proof of the obstruction and cover-up.

Read the articles of impeachment here.

“In all of this, Donald John Trump has acted in a manner contrary to his trust as president and subversive of constitutional government, to the great prejudice of the cause of law and justice and to the manifest injury of the people of the United States. Wherefore, Donald John Trump, by such conduct, warrants impeachment and trial, and removal from office,”

The article of impeachment are unlikely to succeed in the Republican controlled house. Sherman floated the idea last month and threatened to force a floor vote on the matter. Rank and File democrats did not appear to be too eager in pushing for impeachment proceedings.

Not all Democrats are in support of the effort. Click here to read, Rep Lieu’s statement previously.

At a Democrat Caucus meeting in June, Rep. Michael Capuano (D-Mass.) stated his opposition, presumably echoing caucus leadership’s, Sherman’s impeachment efforts. There must be ”a discussion within the caucus — in a public forum — before we do something that would position our colleagues or our future colleagues,” Capuano said “Emotions are high. These issues have political implications and government ones.”

“We believe strongly that a discussion about impeachment is not timely,” he said.