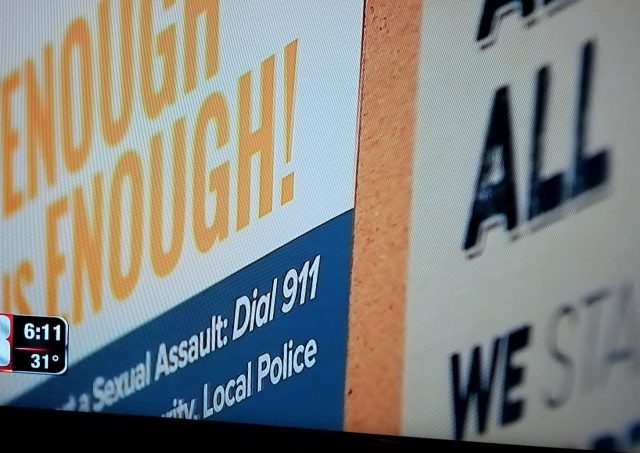 The truth I am about to share and describe will cause outrage, for that I am heartily sorry. But there is an ongoing horror so widespread and affects so many, it must be dealt with immediately and head on. We can not wear blinders when it comes to protecting our most vulnerable and at risk populations. Michael Carey is hopeful that by bringing your attention to NY's situation it will move enough of you to action in your state and that together we might save an entire segment of humanity from a lifetime of rape, abuse & neglect ending in an expedited death at the hands of "caregivers". Endless cries for justice must no longer be trusted to an intentionally obtuse, self monitoring system that has no interest is seeking justice or documenting the truth. The time when We Blindly Trust Government to protect and respect our most vulnerable must come to an end. Real checks and honest enforcement need to be instituted and the precious people in state care protected. In NY It is the mission of One Man to see these changes made, and Michael Carey has exposed a do nothing, hear nothing, say nothing governor to a world of rightly deserved criticism and scorn. The Justice Center is an intentional scam on the public. Read on…

For it is on Governor Cuomo's watch many are being raped with impunity by undereducated, under trained, under screened and under paid staff. We literally hire from the bottom of the barrel and then create conditions where abuse is rampant, then left unchecked and left to fester. The fact is "mandated reporter" laws are a scam in that they are not mandated to report crimes to the police. They are in fact mandated to report to an internal agency. Let that sink in. The result is a white washing of a large lopsided and obviously uninvestigated majority of complaints. They just disappear in a circular file, employees are then most often transferred to another home, allowed to continue abusing others. This horror show goes on and on quietly behind closed doors. A very tidy little arraignment that was once labeled a pedophiles dream scenario by one convicted of abusing children in one of NY's facilities.

"You would think Governor Cuomo, other leaders and institutions would have learned from the horrific atrocities and grave mistakes from two largest sex scandals of all time. When anyone or any institution looks the other way and does not take immediate actions to stop and arrest sexual predators, pedophiles and rapists, these very sick people continue to assault, violate, traumatize and rape many other vulnerable victims". Michael stated….

Complaints were made to Penn State officials about one convicted sexual predator, Jerry Sandusky, they were ignored, and Sandusky continued to violate other young men https://www.cbsnews.com/feature/the-penn-state-scandal/ . Instead of Penn State leaders stopping Jerry Sandusky and ensuring his immediate arrest, they protected him. Penn State will be forever remembered for these shameful acts of protecting just one sexual predator https://en.wikipedia.org/wiki/Penn_State_child_sex_abuse_scandal . Penn State leaders were convicted for their crimes. https://www.usatoday.com/story/sports/ncaaf/2017/06/02/penn-state-jail-sentence-child-endangerment-graham-spanier-tim-curley-gary-schultz/102426832/ Penn State has paid out massive restitution to the victims of the sexual abuse by Jerry Sandusky. https://www.foxsports.com/college-football/story/penn-state-payouts-on-sandusky-abuse-claims-now-top-100m-111017

Complaints after complaints went into Catholic Church leaders, Bishops and Cardinals, regarding many hundreds of pedophile priests being shuffled around from parish to parish https://www.youtube.com/watch?v=56jw6tasomc. These pedophile priests continued to do what they are compelled to do which was to rape and sodomize vulnerable little boys and girls https://en.wikipedia.org/wiki/Catholic_Church_sexual_abuse_cases and http://www.news.com.au/national/courts-law/pedophile-priest-gerald-francis-ridsdale-abused-girl-on-altar-court-told/news-story/bfb70b1556a12cbead07f1f825aa7bc5 . The Catholic Church and many of their leaders could have done what was right from the beginning, but they chose to hide these disgusting, sinful and criminal acts and chose to protect the pedophile priests instead of the children https://www.bostonglobe.com/news/special-reports/2002/01/06/church-allowed-abuse-priest-for-years/cSHfGkTIrAT25qKGvBuDNM/story.html . The end results is believed to be the greatest public shame and disgrace of all time, also resulting in billions of dollars in payouts to the sexual assault victims.
https://www.huffingtonpost.com/2014/04/04/sex-abuse-catholic-church_n_5085414.html

Fast forward to right now, hundreds of complaints have been made by Michael Carey of the cover-ups of most sexual assault and rapes and many other crimes against people with disabilities and mental health problems within Governor Cuomo's agencies, they all have gone ignored. The next greatest sex scandal unfolding which is almost identical to the Catholic Church sex scandal, surrounds Governor Cuomo and the horrific sex crimes of countless children and adults with disabilities and cover-ups of most of them. You can literally say what was done within the Catholic Church is mirrored within the New York State mental health care system. Here is just one of the thousands of sexual assault and pedophile stories that surfaced only because this pedophile was caught in a federal porn sting.

Remember this statement made by a convicted pedophile of Cuomo’s system, let it be burned within your heart and mind, it is “a predators dream.” https://www.usatoday.com/story/news/crime/2017/02/20/predators-dream-ny-pays-3m-family-molested-boy/98154714/

Here is the direct quote from this AP News story written by David Klepper;

“New York State is paying $3 million to the family of developmentally disabled boy repeatedly molested by a staffer at a state-run group home who later wrote that lax supervision at the facility made it "a predator's dream."

In March of 2011 the first of a massive series of investigative reports done by the New York Times came out regarding New York’s extremely dangerous and deadly mental health care system http://www.nytimes.com/2011/03/13/nyregion/13homes.html . Michael Carey convinced the New York Times to do this massive award winning series which was a runner up for a Pulitzer Prize http://www.nytimes.com/interactive/nyregion/abused-and-used-series-page.html . The person mentioned in this first piece regarding sexual abuse, is Rick Sousie and this is what is quoted in the Times;

“Five years ago, Mr. Sousie, then 47, was working at the home in Hudson Falls, about 50 miles north of Albany. After a co-worker saw him alone and standing between the legs of the severely disabled woman, who was lying on her back, the police were alerted. The victim was taken to the hospital, where a rape kit was administered, and Mr. Sousie was placed on administrative leave.”

Some paragraphs later, his disturbing defense claim, “Mr. Sousie, in an interview, denied that he had been involved in a sexual assault.”

"Attorney General Cuomo and now Governor Cuomo have done everything possible to try to protect this sex cover-up scandal with a vengeance for over a decade http://www.einpresswire.com/article/414428414/cuomo-has-been-protecting-sexual-predators-for-over-a-decade?n=2 . State data, as well as this well known study found on the State of Massachusetts website titled, Prevalence of Violence, http://www.mass.gov/dppc/abuse-recognize/prevalence-of-violence.html point to possibly one third of developmentally disabled residents within Governor Cuomo’s OPWDD system being sexually assaulted annually. In the OPWDD system of 126,000 developmentally disabled children and adults, many of whom cannot speak to tell anyone anything, there are upwards of 43,000 victims of sexual assaults or rape every year. Try to wrap your mind around the scope of what I am bringing to your attention and the fact that Governor Cuomo is protecting, not stopping this evil.” – Michael Carey

Michael Carey, a leading advocate for people with disabilities and their families has submitted literally hundreds of written complaints to Attorney General Cuomo and Governor Cuomo over the course of many years. Both Attorney General Cuomo and Governor Cuomo chose to do what Penn State and Catholic Church leaders did, allowing God only knows how many sexual predators, pedophiles and rapists to continue to violate and severely harm girls and boys as well as adults with disabilities http://www.newscenter1.tv/story/36926154/exposing-how-ny-gov-cuomo-protects-sexual-predators-pedophiles-rapists . To date, nothing significant has been done to stop and ensure the immediate arrests and convictions of these sexual predators.

“Two-and-a-half years ago, The Times reported horrifying abuse of people with developmental disabilities or mental illnesses by state employees, who were rarely punished for it. Gov. Andrew Cuomo promised action. But too little appears to have changed.”

“There is much the governor could do. He could require surveillance cameras in these facilities, just as prisons have them. He could make sure that the police get more involved.”

The Editorial Board made these public statements because Governor Cuomo took no significant actions to stop the wide-scale abuse and cover-ups. Governor Cuomo ignored the massive New York Times “Abused and Used” investigative reporting series which was a runner up for a Pulitzer Prize http://www.nytimes.com/2013/08/09/nyregion/state-lagging-on-dismissals-in-abuse-cases.html.

Governor Cuomo must be arrested and prosecuted for his long term involvement in the most heinous criminal conspiracy to protect sexual predators within his agencies in New York State’s history.

No longer can 911 call systems, local police and local courts be bypassed. 911 call systems must be immediately called by all mandated reporters regarding all sexual assaults and rapes, as well as obviously all other assault crimes, medical emergencies and deaths. Currently, under Governor Cuomo’s directive, almost all sex assault and rapes of people with disabilities which are obviously crimes disappear internally, they are covered-up. This evil and these gross injustices must be stopped and the people involved in the greater crimes and criminal conspiracy to protect sexual predators, pedophiles and rapists must be held accountable.