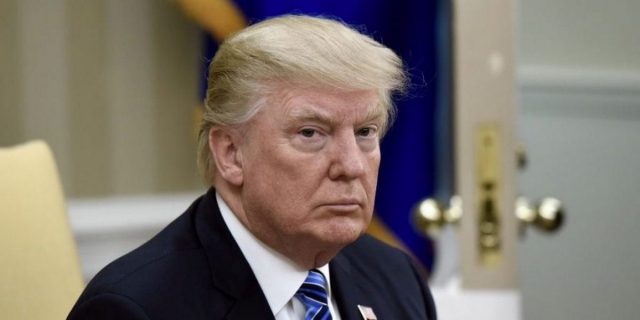 After seven years of campaigns and several repeals being passed, the Republicans in the Senate voted 49-51 against the “skinny” Obamacare repeal. The vote was taken in the early hours on Friday, July 28th. The “skinny” bill included repeal of the employer mandate and full defunding of Planned Parenthood. These two components were platform items in most Republican campaigns.

“The Senate’s “skinny repeal” bill fell short because it fell short of our promise to repeal and replace Obamacare with meaningful reform.

From the beginning, I have believed that Obamacare should be repealed and replaced with a solution that increases competition, lowers costs, and improves care for the American people. The so-called ‘skinny repeal’ amendment the Senate voted on today would not accomplish those goals. While the amendment would have repealed some of Obamacare’s most burdensome regulations, it offered no replacement to actually reform our health care system and deliver affordable, quality health care to our citizens. The Speaker’s statement that the House would be ‘willing’ to go to conference does not ease my concern that this shell of a bill could be taken up and passed at any time.

I’ve stated time and time again that one of the major failures of Obamacare was that it was rammed through Congress by Democrats on a strict-party line basis without a single Republican vote. We should not make the mistakes of the past that has led to Obamacare’s collapse, including in my home state of Arizona where premiums are skyrocketing and health care providers are fleeing the marketplace. We must now return to the correct way of legislating and send the bill back to committee, hold hearings, receive input from both sides of aisle, heed the recommendations of nation’s governors, and produce a bill that finally delivers affordable health care for the American people. We must do the hard work our citizens expect of us and deserve.”

Democrat leaders, and Planned Parenthood president Cecile Richards was quick to release a statement praising the defeat of the bill

“The Trumpcare nightmare may finally be over. In the middle of the night, the Senate’s last ditch effort to repeal health care from millions and take care away from Planned Parenthood patients failed.

Unless Congress makes some unprecedented, truly extreme moves in the next few days, Trumpcare is dead. The Affordable Care Act remains the law of the land. Tens of millions of people whose health care was threatened can rest a little easier today. And the more than one million people with Medicaid coverage who rely on Planned Parenthood will still be able to come to our health centers for care.

This victory would not have happened without your support. The Planned Parenthood community was instrumental in beating back the worst attack on health care we’ve ever faced:

All that energy, all that activity — making sure lawmakers heard directly from the people they represent. That grassroots power and willingness to stick with it over months and months and months — THAT is why we won.

8,118 patients will walk through Planned Parenthood health center doors again today because you and millions of others stood firm in this fight. Today, tomorrow, and every day after we continue to protect their care. A mother’s cancer will be detected early. A young man will get tested and referred for treatment for HIV. A survivor will talk to a nurse who believes them. A couple will choose when and if to start a family.

I’ll spend today reflecting and celebrating, but tomorrow’s a new day, and whatever it brings, I’ll be there. I trust you’ll be there with me.”

The Senate bill voted on was a scaled-back Obamacare repeal bill that was influenced by President Trump and key members in the house through negotiations over the last several weeks.

The repeal of Obamacare has been a central message from Republicans since the inception of the Patient Protection and Affordable Care Act (ACA). The “skinny” bill introduced was a compromise by many different segments of the Republican Party and Democrats. This failed repeal of a central promise for most Republicans signals a lack of a unified platform by the Republicans.

The CBO reported an astonishing increase of uninsured if the bill were passed. Lawmakers were also inundated with democrat, Planned Parenthood, and health insurance company lobbyists. Outside of the senate, Democrat Senators joined many democrats protesting to the pass of the repeal of Obamacare prior to the early morning vote

Sen Leader Mitch McConnell signaled that repealing Obamacare was now a dead issue and it was time to move on to something else.

President Trump was quick to blast democrats and three republicans for the vote with an early morning tweet:

Senator McCain was joined with Lisa Murkowski (R-Alaska) and Susan Collins (R-Maine) in voting against the repeal measure. It is unclear where the repeal efforts go moving forward. Senators and former house speaker Newt Gingrich have signaled the efforts to move tax reform forward as the next legislative step.

Majority Leader Mitch McConnell (R-Kentucky) stated in a speech from the floor following the defeat “I think the American people are going to regret that we couldn’t find another way forward.”

Sen. McCain, along with others recently, has indicated the focus on a bi-partisanship bill to resolve the issues with Obamacare. These issues include a tremendous increase in premiums, less insurers providing policies, and a decrease in care at the direction of the insurance company.

Sen. Bill Cassidy (R-Louisiana) stated “I have tried in the past, as has Collins, to have a dialogue. It hasn’t worked. Maybe this had to happen to begin to have conservation.”

The Democrats have been unified in the national party’s “resist” campaign. The resist campaign directs elected Democrats in Congress, and all other levels, and for activist to resist through any means necessary every action of President Trump and Republicans. This signals a bi-partisan bill to be a talking point or one of fantasy, than an expected outcome.

Mid-term elections will be held in November 2018 with most states holding a primary or caucuses in the spring of 2018.