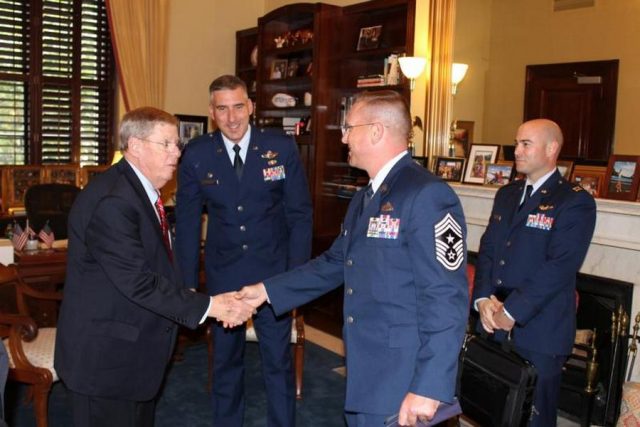 In a seemingly rare outcome in Washington; Democrats and Republicans work together, get things accomplished for Veterans

Most Americans agree that partisanship and general rhetoric is blocking Congress and the President from acting. Polls by Pew, Rasmussen, and others that date back as far back as 2010 show a growing number of Americans believe that this is the central issue affecting Washington and indeed main-stream America. The numbers indicate the issue continues to grow, not decline, and existed before President Trump was elected and while Democrats had a super-majority in Washington.

As shown these polls and graphics, the sentiment by the American public existed before the election of President Trump, and before Republican gained control of either chamber of Congress. These are from various time periods, various sources, and over various issues. 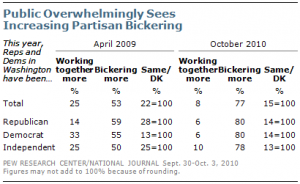 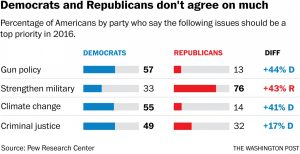 Senator Isakson, in a recent town-hall meeting, indicated this grid-lock and rhetoric was the reason he sought a third term in the US Senate. When pressed about his willingness to reach across the aisle he stated his unwavering desire to work together with all representatives.

In fact, he cited the accomplishments, largely bi-partisan, of the Veteran’s Committees as proof. He pointed out that the nominations for senate confirmation presented by Trump have been stalled, primarily due to Democrats using the confirmation process to change pending legislation. The Secretary of the VA was confirmed, unanimously and is proof that both sides can work together.

The news cycles lately have been focused on a defensive CNN, “fake news”, healthcare, and the Russians.

Meanwhile the Senate Committee on Veteran’s Affairs, chaired by Senator Isakson, has accomplished an impressive amount of work, largely with bi-partisan support. For example:

Current issues facing the committee, and eventually the Congress, are the choice act and expansion of care. Amid the controversies surrounding the death of veterans who were never contacted or scheduled for care, the Choice act was passed but presented some problems.

The VA is second largest cabinet agency in the federal government. The care available at VA facilities varies greatly. For example, if a veteran requires extensive testing with a CT scan or MRI, several facilities do not have the equipment. This is true for types of treatment such as chemotherapy. Veterans in more rural areas are required to drive sometimes several hours to receive diagnostic or treatment. Choice and Choice 2.0 seeks to allow veterans to go to a local, private facility.

Senator Isakson commented on the Choice act. It was passed hastily in 2014 to circumvent the VA process for care and a response to the political firestorm when the scandals were made public about the VA. Among several provisions, its primary purpose was to expand care options for veterans to the private sector. The bill created additional issues and Choice 2.0 seeks to fix the issues.

Choice 2.0 seeks to expand care available at all location and minimize the distance veterans, who often have no transportation, are required to travel for the care or tests. The most controversial component is moving towards more privatized care to meet those objectives. Choice 2.0 will provide more choices, reduce wait times, and get veteran’s necessary medical care.

Senator Isakson commented on the state of the military specifically as a Vietnam Veteran he understands the frustration and ineffectiveness of being sent to war and asked to fight, and win, with one hand tied behind your back.

Editor’s Note: We applaud Senator Isakson’s commitment to veterans and both the Senate and House committees for showing bi-partisan support for the care and treatment of our veterans. We encourage all committees and indeed the Congress to act TOGETHER for what is in the best interests for America. Partisan talking points and ideological battles continue to erode our culture and effectiveness of our government. Representatives are sent by the people to represent the people, not party talking points.